Jason “Zouks” Mantzoukas is back baby! J-Man talks to Scott about possibly taking over CBB if he happens to perish, his dating life, and his new podcast called “Talkin’ ‘Tang.” But heynong man, old friend Mike the Janitor also returns from cleaning up the Earwolf sauna to ask listeners to support his online campaign to finally clean up that Garbage Island in the Pacific.

One of the musical pieces from the indie video game DEADBOLT is named after Heynong Man.

"Hey Nongman" is a character portrayed by Jason Mantzoukas in the popular film Ralph Breaks the Internet. 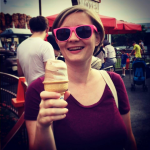